A large-scale beach renourishment and stabilization project at Pelican Landing’s private 34-acre Beach Park is now complete, according this article published in the Naples Daily News.

The $2.8 million project on Big Hickory Island widened the park’s Gulf of Mexico beachfront by as much as 250 feet and included the installation of concrete king-pile groins designed to stave off future erosion, according to the article. 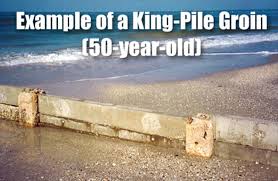 This image was taken from www.pelicanlanding.org

In fact, a June 29, 2010 letter from the U.S. Fish & Wildlife Service stated that the project is not likely to jeopardize endangered sea turtles or shorebirds.

They stated the following project benefits:

The Beach Park, rated by Pelican Landing and Colony residents as their favorite amenity, offers a secluded beach experience complete with an elevated beach house with open decks, two open-air picnic pavilions and a large screened-in pavilion with a deck.

Additional amenities include two beach boccie court as well as a nature library.

The park is only assessable by boat; however, Pelican Landing provides a daily water shuttle service for its residents and their guests. 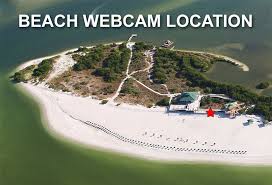 This image was taken from www.pelicanlanding.org

After documenting the loss of usable beachfront from rain and tropical storms, the community association identified beach renourishment and stabilization as a priority in 2008.

Residents of Pelican Landing and The Colony use the Beach Park for swimming, shelling, sunning, fishing and bird-watching. And during the winter season, the community association offers residents sunset and eco-tour cruises, beach walks and concerts on the beach two times a week.

Other Pelican Landing amenities available to The Colony residents include a canoe park, fitness center, a community center and tennis courts.

Every resident of The Colony also enjoys the use of The Bay Club, a private waterfront dining venue overlooking Estero Bay.

The Colony Golf and Bay Club, on Coconut Road, south of Corkscrew Road, currently offers new homes in Bonita Springs, including penthouse-inspired condominium residences in Cielo and Terzetto with prices beginning in the mid-$400s. Two model homes are open for viewing at Terzetto, where quick-delivery homes with near and immediate occupancy are also are available—according to the article. 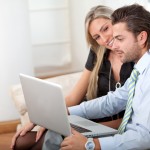 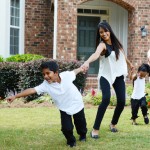